While scientific research on medical marijuana progresses, results of an initial survey among the patients show that cannabis is the best available treatment for them. PatientsLikeMe, a Cambridge-based patient network, conducted the survey in June to gather real world data about marijuana as medicine. A total of 219 patients participate in the survey out of the 1,288 who were invited. 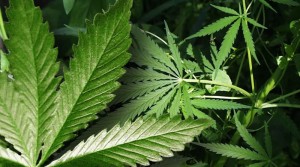 Of the respondents, approximately half have been using marijuana as medicine for the last five years while 25 percent started using it the last two years. Patients who participated in the survey used cannabis mostly for multiple sclerosis, fibromyalgia, depression, severe pain, muscle stiffness, insomnia and anxiety.

Approximately 74 percent of respondents said medical marijuana was the best treatment for their medical conditions while 20 percent were unsure. As for side effects, the survey shows that 86 percent reported no or mild side effects. Cited as side effects are dry mouth, increased appetite and sleepiness.

The respondents are so positive on the medical benefits they derived from marijuana that 93% of them will recommend medical marijuana to other patients. While the citing of medical benefits of marijuana were high, 26 percent of patients were concerned with the legal problems.

One thought on “Patients Speak Highly Of Medical Marijuana”