Expectant patients were waiting in line when Alternative Therapies Group recently opened in Salem. It’s the first marijuana dispensary operating in Massachusetts three years after the medical marijuana initiative was approved by voters. Patients who witnessed the event were excited and happy that medical marijuana is not under wraps anymore. 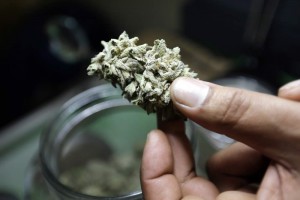 According to State records, more than 18,000 patients have acquired physician certifications to use medical marijuana and about half have registered to shop in dispensaries.

The opening of the Alternative Therapies Group was only made possible after Governor Charlie Baker granted a one-time waiver that allows the sale of medical cannabis sans quality testing as required by Department of Health. While the trade associations of dispensaries welcome the opening of the first dispensary they, likewise, voice their concerns on the State’s testing standards which they described as too rigorous.

Another worry of the association is the errant assumption of the State that a patient could consume 28 grams per day compared with the survey data two to three grams per day. Connecticut’s assumed consumption is 2.33 grams per day while Nevada has a daily per patient consumption of five grams. Massachusetts’ testing limit is about six to twelve times higher than in other States.